Non-linear Playback of Collection of Audio Samples for Video Games 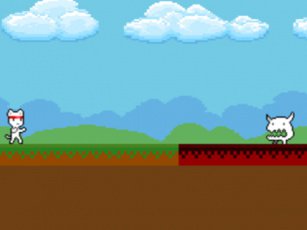 This master thesis is concerned with designing, implementing, and testing a digital signal processing algorithm that could detect all possible transition points within a rigid-beat music ?le so that its non-linear playback based on those transitions is seamless and natural. That algorithm could be employed in various ?elds of electronic entertainment, namely, in adaptive sound design for videogames. First, an overview of currently popular techniques for realizing interactive audio is given with sample use cases. Then, the discussion focuses particularly on the notion of non-linear audio ?le playback via transitioning and touches several methods of sound synthesis. After that, the necessary background of the work is provided, the analysis of challenges that the programming task poses as well as of suggested workarounds is done. Next, the algorithm’s implementation and the supporting technological choices are thoroughly described. Then, the usage of the new approach is demonstrated on a simple GUI application. Perception testing is carried out, its method and results are discussed. Afterwards, sample usage of the algorithm for the purposes of procedural audio is demonstrated on a demo game that relies on a problem-tailored API. Finally, prospective enhancements of the shown technique are proposed.